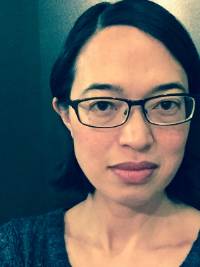 Rachel Ihara was raised in Northern California and moved to New York in 2000. After completing her PhD in English at the Graduate Center of the City University, Rachel joined Kingsborough’s English Department as Assistant Professor. She currently teaches both courses in the Freshman Composition sequence and helps to direct the Freshman English Program.

“Student Perspectives on Self-Reflection: Insights and Implications.” Teaching English in the Two-Year College41.3 (2014): 223-238.