Born in 1977, the offspring a of a Vietnam War veteran whom had been repeatedly poisoned over the course of his service by Agent Orange.  Though his country finally came to their senses decades later acknowledging the first victims were affected by the terrible herbicides, little was known as to how far the reach of altered environmental genetics. I am the product of such an unwilling thing.  Raised as if everything was normal, many times growing up in school getting reprimanded for not grasping the concept of the verbal instructions. When I was caught staring out the windows of my class room instead of paying attention to the abstraction that fell upon me, I was made to stay in detention for recess to write over and over again, " I will not stair out the window during class."   Unaware myself that the world around me had a very different perception than what I had been cursed with.   I was born with a severe hearing impairment due to my father's fate by Agent Orange, only perceiving sixty percent of sound in my left ear. My right ear, let's just say I can understand why Vincent van Gogh lobbed his off and gave it away in a nice little package.  You see staring out the window made more sense as a child, the way the wind blew leaves across the side walk or how the occasional bird danced in the wind.  That was my comfort the music I could see in the realm of static and Visual Audio Abstraction as the back ground was swept away by inaudible sounds the subject was pushed to the front dancing in an array of abstract composition and colour.  Early on I began to vaguely communicate through my art work unable to truly connect with those around me.   Helen Keller once said,  "The problems of deafness are deeper and more complex, if not more important than those of blindness. Deafness is a much worse misfortune. For it means the loss of the most vital stimulus-- the sound of the voice that brings language, sets thoughts astir, and keeps us in the intellectual company of man. "

At first auditory music was lost to me. I remember my first discovery of it. .  Unbeknown to me my father suffered the same fate as I he had lost most of his hearing during the war.  Secretly he shared with me how he embraced music away from judgmental ears that lacked the understanding of our realm.  It was the 1980's, my father had put in an 8 track of Beethoven's Fifth. As he drove down a winding country road he turned the speakers all the way up in his beat up station wagon.  I can still vividly see the fierce snowstorm fighting the windshield wipers that were acting as a metronome to the world that was wildly unfolding in front of me.  Not only could I hear the lustrous rise and fall of every measure but I felt it as well. The vibrations tingled through my skin and the bass notes were amazing they way they carried my young soul with every reverent note. I thought to my self, "This must be how the birds felt dancing in the wind outside my classroom window."  Edward Morgan Foster was once quoted for saying ""It will be generally admitted that Beethoven's Fifth is the most sublime noise that has ever penetrated into the ear of man."  Yet in my case this great composer had permeated through my skin, my heart and soul.   Not only did I feel every vibration but with it my mind was filled with a vast array of textures and colours.  So I closed my eyes and made a mental note of every composition that coursed through my veins. I implored my father to drive in the blizzard for hours. I never wanted this experience to stop.  Soon I began to discover more music by merely placing my hands on the speakers of the record or tape player in my bedroom away from prying eyes and judgmental people that complained that my music was turned up too loud. There in my own secret world my senses were the vehicle to my inspirational safe haven.

Secretly I read everything I could about Beethoven. I was astounded to discover that he was deaf. This composer suffered with the very thing that kept me in the shadows most of my life. He himself was in social exile only to piece together fragment information from those around him. I silently cried with sympathy and compassion for a man I never met.  I too knew what it was like to miss the verbal acknowledgement of my loved ones around me, unable to use the same vehicle of communication myself that most so effortless express.  Beethoven once was quoted saying, "Forgive me when you see me draw back, when I would have gladly mingled with you. My misfortune is doubly painful to me. I must live almost alone, like someone who has been banished. If I approach near to people a hot terror seizes upon me. I fear being exposed to the danger that my condition might be noticed. What a humiliation when someone standing next to me hears a flute or a shepherd singing and I hear nothing. Such incidences drove me to despair, a little more of that and I would have ended my life. It was only my art that held me back."

It wasn't until my adult life that I discovered the ability to express what I was able to see and feel with music. I began washing away the back grounds of my canvases. This was the static that I heard day in and day out that I struggled with to pull the messages forward to try and comprehend the abstraction. I wanted to convey to my viewers visually what it was to experience sounds out of order, mutely, or only through vibrations, allowing texture to interpret every drum beat or vibration. I painted bright and muted hues to express the crescendo and fall of every measure, the economy of the lines and curves of composition were the conductors to deliver the audio symphony of my experiences.

Since the canvas is limited much as humble sheet music to a primitive dimensional plane I became frustrated that my viewers field of vision obscured the message that I was trying to convey. How could a hearing endowed individual grasp the concept with out walking in the very shoes that I have been cursed with?  I did not want my art just to be aesthetically pleasing piece of décor.  A composer writes parts for every instrument in a symphony thus the layers of the music unfold, interlay, blend and dissipate.

To replicate this process I began to research a great artist such as James Turrell whom skewed visual perception with the medium of light, positive and negative space.  I was amazed how he could turn an entire museum into his proverbial canvas to convey his message.  With limited medium of a canvas I must convey a similar process.  I used acrylic paint as my medium that would dry quickly to keep up with my fast paced compository motion of my #6 round brush,  my visual music was to be written with six beats a measure, each sphere was a bass note that pulsed the tempo through out each canvas.  Translucent hues were the silent "rest" composition. Muted grey symbolized the atonal chord not in any particular key. Fervently I painted one painting after the other in hopes to capture the Brio of my great mentors before me then to the very last of my "Music" series to the great Finally of my visual score. Many sleepless nights these visions of crimson, cerulean blue, phalo green, and light pale yellow hues danced various combinations of musical score in my head. Yet they still were trapped on the flat plane of the fabric.  I researched an inventor Wilhelm Rollmann whom invented the first 3-D glasses in 1853.  One lens was made red and one cyan thus skewing the vision and causing the brain to interpret the image as three dimensional.  Since I did not wish for my hues to be diminished by only two filters of colour I opted for the more modern 3-D lenses that can still unraveled the layers in to my viewers' field of perception. Finally my paintings "Music" series could convey the realm of static and Visual Audio Abstraction as the back ground was swept away by inaudible sounds thus the subject emerging to the front dancing in an array of abstract composition and colour.  I may not be the great Beethoven, yet I will continue to compose and communicate with the reverent stroke of my # 6 brush. 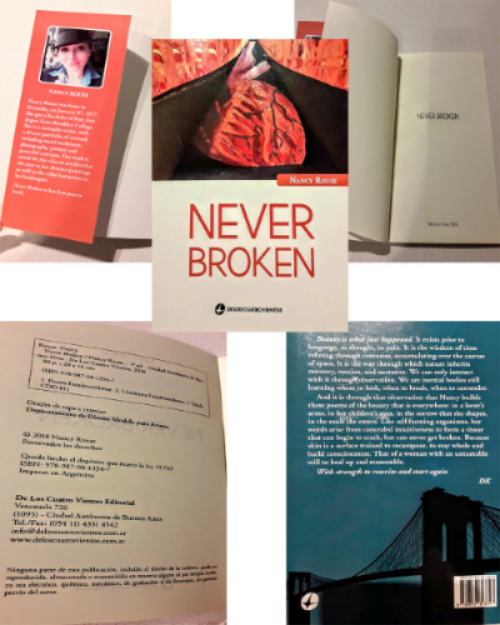 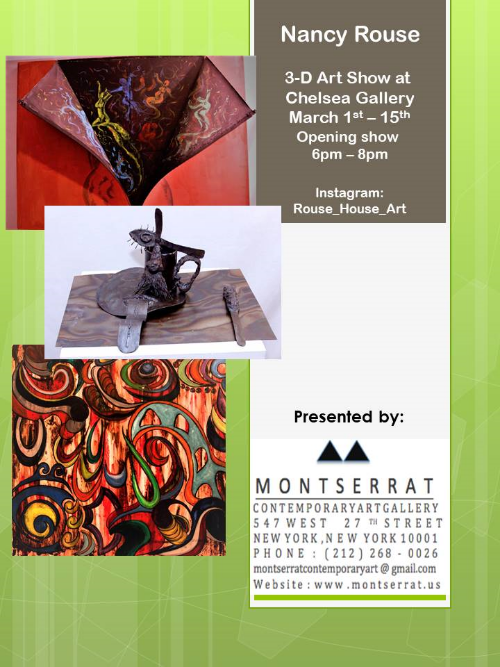