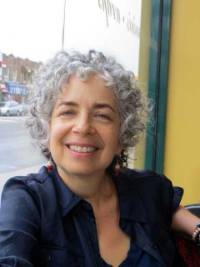 I am a writer and academic with a Ph.D. in Comparative Literature and a strong arts and interdisciplinary background. My research has spanned Holocaust, trauma, and black studies. My book, Words and Witness: Narrative and Aesthetic Strategies in the Representation of the Holocaust,  appeared in 2000 (SUNY) and was a study of the techniques by which writers put experiences that exceed words, into words.  I have also been drawn to research and work on neglected figures whose contributions were both stellar and unrecognized.  Hence my work on the 19th century American black legislator and historian, George Washington Williams as well as on the similarly unrecognized 20th century composer and pianist, Stanley Babin.

I was privileged to have worked with the historian John Hope Franklin, Williams' biographer, for the last three years of his life and put together a scholarly workshop on Williams that took place at the Cardozo School of Law in 2009.   In my effort to bring Babin's pianistic legacy to the world, I have put together a website that serves as an archive of Babin's performances over his lifetime – all of them privately recorded and commercially unavailable.  For a period of ten years in the latter part of Babin's life, I produced Babin's New York concerts and now direct the Babin Historic Recordings Project begun by the composer Lee Hoiby.

My creative writing includes plays and poetry.  I have had staged readings of two of my plays.  A CUNY Collaborative Grant resulted in the art book version of one of my plays in the style of the beautiful fifteenth century illuminated Passover Haggadah.

My most recent projects are deeply influenced by the work of Ohad Naharin, the artistic director of the BatSheva Dance Company, whose innovative approach to the body and to dance movement, known as Gaga, is the basis of two book projects in which I am currently engaged:  The Gaga Interviews and The Gaga Poems.  Selections from the latter were the focus of a performance directed by the French director, Astrid Bas, at the Laba Theater in New York in 2017.  I am also working on a photographic treatment of Tel Aviv's Rothchild Boulevard which is influenced by Gaga as well.

At Kingsborough, in addition to remedial reading and writing courses, I teach Modern European Literature and 20th century non-Western World Literature.  As of 2015, I have combined two trainings in teamwork into the design of my classes and have presented this pedagogy at our Faculty Forum under the title "The Possible Class:  The New Physics of the Classroom."