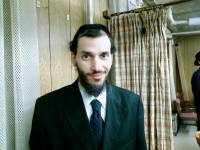 Professor Balsim has been teaching mathematics at KCC since 2004. He has taught a Biostatistics class at Pathways to Bioinformatics at City College, Summers of 2008, 2007, 2006. He has supervised students in doing research projects in Statistics and Genetics. He has reviewed articles for the International Journal of Theoretical Physics and Journal of Supercomputing. He is the cofounder of Bioinformatics course that was accepted by the KCC curriculum committee and CUNY, 2007. He is the cofounder of the Biostatistics course that is presently being offered by the KCC. He co-designed with other members of the linear algebra committee a new course syllabus as an advanced linear algebra course. “Applications of Linear Algebra and Vector Analysis” illustrates and explains basic techniques – including dynamical systems modeled by linear differential equations, signal and image processing, boundary value problems, and solution techniques for Maxwell's wave and heat equations – that are used in real-world problems of the type encountered in applied mathematics, engineering, science, and numerical analysis.

He collaborates with Professor David Rumschitzki (Grove School of Engineering, City College) in doing medical research in applied mathematics in the area of Atherosclerosis.

Balsim, I. & Feder, E., “The Synthesis of Mathematical Foundations with Real World Applications in Computer Science Education”, Proceedings of the 2008 International Conference on Frontiers in Education: Computer Science and Computer Engineering, July 2008.

Balsim, I. & Rumschitzki, "Harmonic Solutions of a Mixed Boundary Problem Arising in the Modeling of Macromolecular Transport into Vessel Walls”, Computers and Mathematics with Applications, 59(6), 2010.

Balsim, I. & Feder, E., “The analysis of an efficient algorithm based on game theory applied to the detection of medical errors,” JMSAA (Journal of Mathematical Sciences: Advances and Applications), 4 (1), 2010, 61-72.

Balsim, I. , Jahangir, S., & Feder, E., “Online Communities in the Era of the Information Revolution,” CPCCSC 2010, to appear 2010, Central Plains Conference for Computing Sciences in Colleges.

Yun,S. Bleicher, A. G., Feder, E., Balsim,I., Levin , V., & Branstetter, B.  “Optimizing Radiology Peer Review: A Mathematical Model for Selecting Future Cases Based on Prior Errors”   The Journal of the American College of Radiology, 7(6), June 2010.
Events and/or Key Dates

Collaboration with Ayalur Krishnan in delivering a talk at the 57th Annual Meeting of the Pennsylvania Council of Teachers of Mathematics at Split Rock Resort in the Poconos, Nov 6, 2008.  Title: “How high can community college students reach.”

Delivered a talk titled “Bringing Career Experience of Applied Mathematics into the Classroom “ at the Region IV Conference of the New York State Mathematics Association of Two Year Colleges, October 19, 2008.

Delivered a talk at the KCC annual Mu Alpha Theta induction meeting on May 26, 2010. Title: “How does the PageRank algorithm support the Google search engine?”

Member of the Cambridge Who’s Who honor society