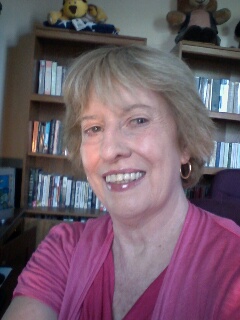 Eileen Ferretti has been a full time faculty member in the English Department since 1998. Before her election as chair in 2011, Eileen served for ten years as Director of the Developmental English Program, a position that tapped into her professional interests in academic literacy and access to higher education. Under Eileen's guidance, the Developmental English curriculum was restructured and small teacher communities (cohorts) were formed to serve as think tanks and collaborative assessment groups. In 2009 the program was honored to receive the Two-Year College Association's "Outstanding Programs in English Award." As chairperson, Eileen continues to organize and facilitate faculty development initiatives, most notably, she co-developed with Professor Ronna Levy, the Annual Developmental English Summer Retreat and Winter Workshops, weeklong faculty developmental seminars that highlight current scholarship and promote new and promising classroom practices in the field.

College-wide, Eileen is a member of Kingsborough's Curriculum Committee and College Council, and serves annually on the Reappointment and Tenure Committees. She is also a member of the Board of Trustees of the student newspaper, Scepter, and served from 2000-2012 on the Committee for Student Appeals. In 2015 Eileen was elected to serve on the Search Committee that nominated our current Provost, Dr. Joanne Russell.

University-wide, Eileen was a member of CAWS (CUNY Association of Writing Supervisors) and served for several years as a seminar co-leader of "Looking Both Ways," a joint project between the City University and the Department of Education that created a space for collaborative work between high school and college teachers and fostered mutual commitment to sustained faculty development at all levels of writing instruction. Eileen was also a member of the CUNY Task Force that constructed the CUNY Assessment Writing Exam (CATW) and served on the subsequent Task Force on Developmental Education in 2016-17. She is an active member of CUNY's English Discipline Council, serving as its community college co-chair from 2010-2015. On a national level, Eileen has regularly presented at 4C's and NCTE. She received a Fellowship Award in 2005 from the Council on Basic Writing and served on the Executive Board of the Council from 2005—2010. She also served on the Executive Board of The Council of Writing Program Administrators (2010). Eileen has published articles that focus on the cultural conflicts of adult working class women in college and on constructing and facilitating professional development for writing teachers.

Eileen has taught courses in several levels of Developmental English, as well as college level composition and research, and a variety of writing intensive literature courses, in particular Women and Literature. Before coming to Kingsborough as an adjunct lecturer in 1992, she taught Freshman English at John Jay College of Criminal Justice and Baruch College.

President's Innovation Award: "Serving the Literacy Goals of At-Risk Students through an Integrated Approach to Faculty Development and Curriculum Design" (2013)