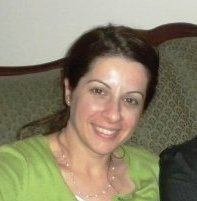 Monica Filimon has been awarded a PhD in Comparative Literature by Rutgers, the State University of New Jersey. Her dissertation research focused on the transformation of the intimate sphere in film melodrama produced under authoritarian regimes in post-1940 Europe. She is currently working on a book that examines the types, sources, and effects of violence as reflected in the New Romanian Cinema. She has published articles on film Naturalism, the cinema of Michael Haneke, and the New Romanian Cinema.

2017 Fellow of the 22nd Annual Summer Institute on the Holocaust and Jewish Civilization, The Holocaust Educational Foundation of Northwestern University