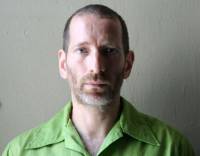 Assistant Professor of English, Kent State University, 1999-2002. Member of the PhD in Literature Committee, the Women’s Studies Program, and the LGBT Studies Program.

“‘Enough of This Scandal’: Reading Gilroy through Fanon, or Who Comes After ‘Race’?” forthcoming in Retrieving the Human: Reading Paul Gilroy, ed. Rebecka Rutledge Fisher and Jay Garcia (University of North Carolina Press, 2011).

“American Innocence and Its Victims: The Pakistani Edition,” in Jadaliyya (October 2010).
Part 1 | Part 2

“The Humanism Effect: Fanon, Foucault, and Ethics Without Subjects,” in Foucault Studies 7 (2009).

“The Great Debate About Aroma Coffee,” in CounterPunch (4 September 2006).

“My Heart’s Indian for All That’: Bollywood Film between Home and Diaspora,” in Diaspora: A Journal of Transnational Studies 10 (2003).

My areas of interest include postcolonial literature and film, Middle East culture and politics, and critical theory. Articles in progress or under consideration include two essays on Frantz Fanon, a review essay on the study of Turkish cinema, and an article dealing with the Bengali writer Mahasweta Devi. I am working on several book projects: an edited collection on Turkish literature and film in a global context; a book of essays dealing with the work of Frantz Fanon; and a critical study dealing with the use of the concept of “critical thinking.” I am also working on two poetry chapbooks.

Mellon Faculty Fellowship (Topic: “The Sacred and the Secular”), The Center for the Humanities at The Graduate Center of the City University of New York, 2008-2009. Project Title: “‘Do They Have a Different God in Europe?’ Islam, Secularism, Nationalism, and the Question of Turkish Identity in the Work of Orhan Pamuk.”

U.S. Campaign for the Academic & Cultural Boycott of Israel